When my boys were young, I loved to throw them a birthday party at home. We would pick a theme and everything would be based around that – invitations, games, activities, food, prizes, lolly bags – the works. Cowboys, wizards, astronauts, the alphabet, Cat in the Hat – we had a lot of fun. In an era of contracted-out birthday parties at play centres and fast food joints, ours were something of a novelty.

My favourite, though, would be the year my eldest had a Knights of the Realm party. I spent months saving up the cardboard discs a local pizza restaurant used for their takeaway pizza (we also ate a lot of pizza in those months). I spray-painted them silver, attached a vinyl strap and stuck paper to the front so the kids could create their own crested shields. Dressed up and with their trusty steeds (made from shoeboxes and the inner cardboard tubes of rolls of fabric), we held a jousting competition in the front yard. The cake, of course, was a castle. The lolly bags were the pièce de résistance. I made leather pouches.

I can get carried away.

The parties were only every second year and they stopped once they hit twelve years of age, giving way to easier movie/bowling/sleepover versions. But I do still love to have a crack at a good cake.

The Eldest Son turned 18 on Friday. I am now officially a parent of an adult. Don’t give me the argument about it being 21. Here, everything hits at 18. They can drive, drink, vote, gamble, get married. You hope not all on their birthday.

A significant birthday demanded a significant cake. The theme for the party was Pop Culture and as Eldest Son was going dressed in his customary 10th Doctor costume, a Doctor Who themed cake seemed mandatory.

It took me two days to make it. One to bake the cakes (five of them) and one for construction and decoration. Being a Jack of All Trades, I was, of course, making it up as I went along with nothing but an image in my head and a half-baked (ha!) idea of how it would work.

I’ll confess I was really happy with the result. As was Eldest Son which made me even happier. 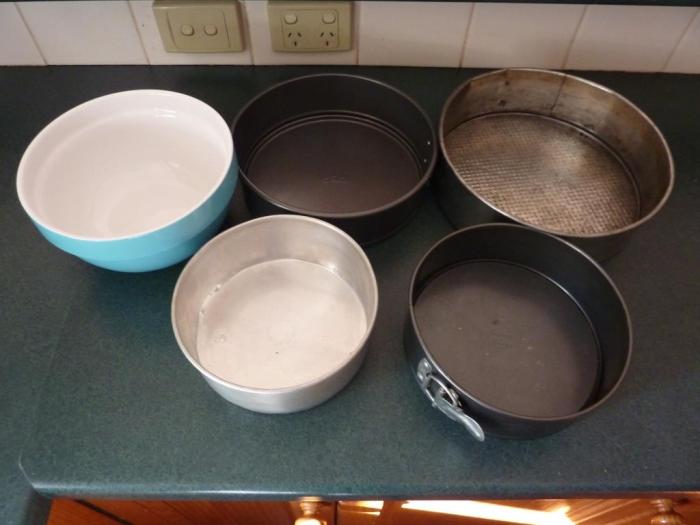 Take these and my favourite mudcake recipe and build a Dalek. No worries.

Okay. So somehow I have to turn all this into a Dalek. 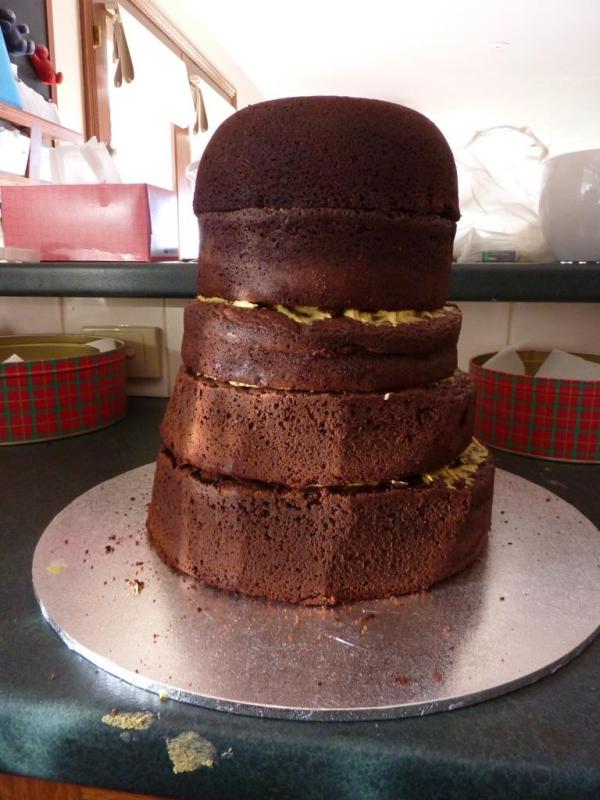 Stacked, glued and trimmed. (I love using mudcake – it cuts beautifully with a bread knife.)

I could have saved myself a lot of work and just stopped there and called it a Cousin It cake.

The finished product. This cake could actually kill you. It has 1.2kg butter, 1.2kg sugar, 1.2kg chocolate and 18 eggs in it. And that’s not counting the icing and decorations.

I think I’m proudest of my inspired Wagon Wheel eye and half a Kinder Surprise chocolate egg suction cup! 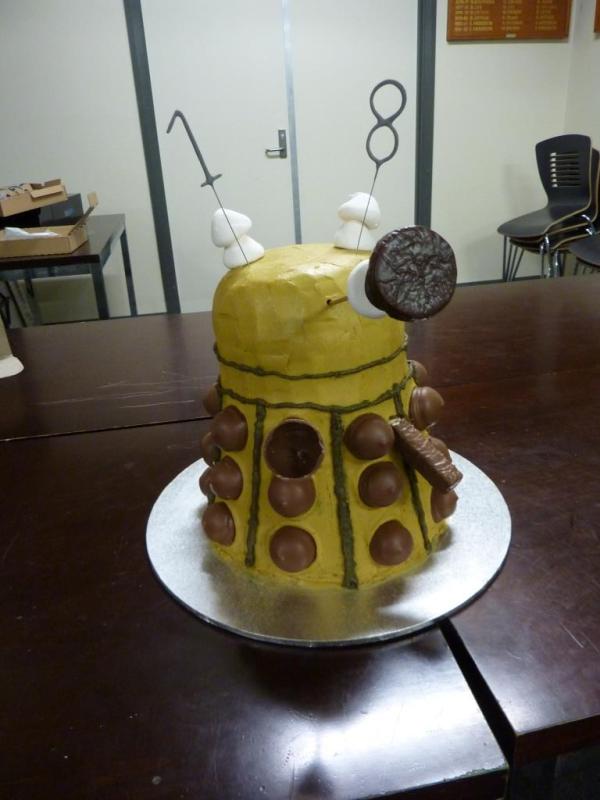 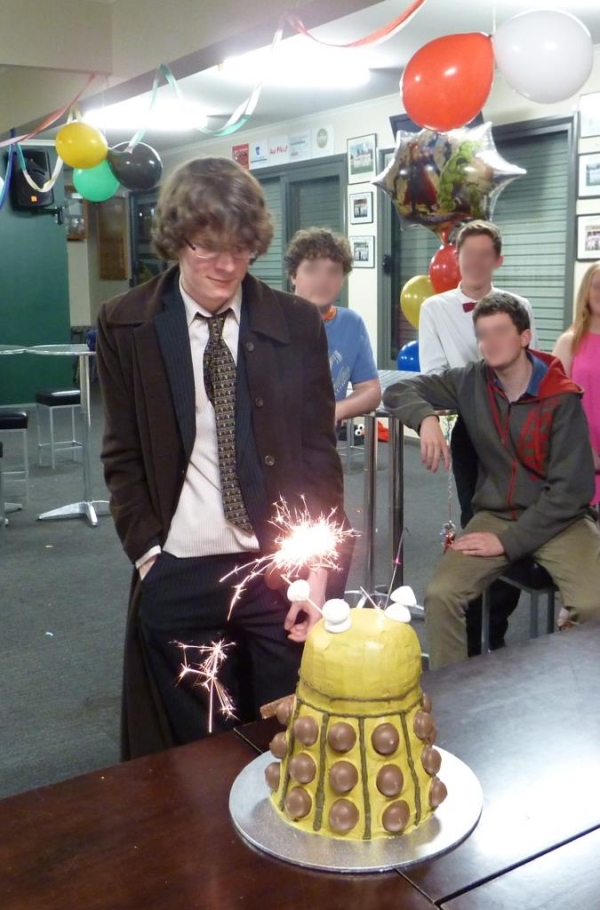 The birthday boy with his cake, just to give you some perspective on the size of the thing. We’ll be eating cake for the next month.

26 thoughts on “Exterminate! The Dalek Cake”