As an Australian visiting the United States of America, I’ve been brushing up on my foreign language skills.

But you’re both English-speaking countries. Don’t you speak the same language?

Well, I think that’s a debatable point but I wasn’t actually talking about the spoken or written language.

Q: What’s the difference between a canoe and an Australian?

If there is one thing that can strike more fear into the heart of an Australian visiting the USA than its lack of gun control it is the concept of tipping. 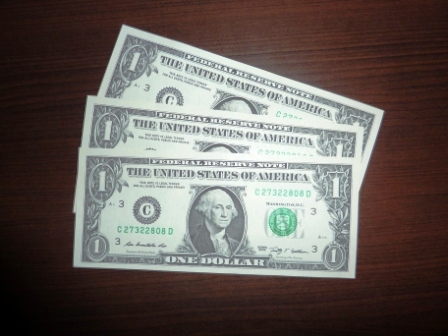 Who to tip, when to tip, how much to tip…. It’s all a mystery to the average Australian.

It has always amazed me that two countries that began life as colonies of the British Empire could evolve so differently. Perhaps it is because one was founded primarily by pilgrims and settlers and the other by the criminal refuse of the Mother Country.

Tipping does exist in Australia but it is confined mostly to high end restaurants. Cafés have started putting tip jars on their counters but the only expectation is that you might drop in the couple of coins you were just handed in change for your coffee.

Even in restaurants, a tip is not really expected. It certainly is not, as it was for us at a restaurant the other night in New York, included in the bill.

You may, if you felt the food was outstanding and the service excellent, add a little extra when paying. Rounding up to the next five or ten dollars is reasonable.

I often think Americans must excel in the mathematical topic of percentages, given they must constantly work out tips based on an expected percentage.

What I will never understand is the expectation of a tip even if the food was ordinary and the service indifferent.

It is not just the value of the tip that is confusing to Australians, it is how extensive tipping is across American society. Hotels are a particular case in point.

Leaving a tip for the person who comes in to clean your room is, frankly, a bizarre concept to us. There is an implicit understanding that, having paid hundreds of dollars a night for a room, all standard expenses related to that room are covered. Certainly, it is expected that the person who comes to clean your room is being paid a wage to do that job out of those hundreds of dollars you just handed over at reception.

But this is where I start to get an understanding of why tipping is so important in America. In Australia, we fight hard to ensure everyone is earning a reasonable living wage whatever their occupation. To be honest, we have some more work to do on that but the situation is nowhere near as dire as it seems to be in the USA.

Australia also has universal healthcare, so even though the minimum wage is low, those on low incomes can access free medical care. In America, where much of healthcare is an additional cost to be borne (unless one is lucky enough to have employer-provided health insurance), those on even lower wages must rely on the generosity of strangers and tourists to help them cover these costs.

As an Australian, it’s hard not to see compulsory tipping as a form of legalised begging for the poor.

I hope we don’t see extensive tipping become the norm in our country. I hope we continue to try and ensure every person is paid a liveable wage.

But we will continue to leave a few dollars on the table for the person who comes to clean our room while we are visiting the USA.

Australians can tip. We just don’t understand why.