Anne: “So am I. Deliciously scared.”

I am not a fan of horror movies. I can’t take those…”slasher flicks” I believe they’re called. All that blood and gore and people being cut to bits with a chainsaw.

But I do like to be scared. Deliciously scared. I love that phrase of Anne’s. It’s not in the book, it just appears in the television series but it’s such a good description of the best way of being scared.

All the great masters of fright knew that to truly scare people, you didn’t need horror in the form of violence and intimidation. It could be a mere door that would make your heart beat that little bit faster.

“I was once asked what I thought was the most disquieting thing you could see on the screen and I said, “An open door.” “- Christopher Lee

“Nothing is so frightening as what’s behind the closed door.” – Stephen King

Open or closed, a door leaves you wondering what is behind it or what will come through it. Your heart rises up in your mouth, you hold your breath….

“There is no terror in the bang, only in the anticipation of it.” – Alfred Hitchcock

Yes, the anticipation. Alfred Hitchcock certainly knew his stuff there. The “is what I think is about to happen, about to happen?” nervous thought. And then, because of the suspense, even when what we think is going to happen happens, we still jump out of our seats in fright.

Recently, we took a Ghost Tour of the local old gaol. Built by convicts when the city was first founded, it’s a place of horrifying injustices and menacing history. The Ghost Tour is conducted at night with only small lanterns for light. To add to the atmosphere, we happened to choose one of the wildest and coldest nights of winter to wander about an old bluestone gaol in the dark. Shivers all round.

The guide shared stories of various inmates and of course tales of those believed to still haunt the place. We were, at times, shut into cells in the dark while frightening stories were told, more often than not ending in a sudden scream.

Were we scared? Of course. Did we love it? Of course we did. In the darkness, we would titter nervously. Jumping at the sudden screams, we would laugh at each other. “My, aren’t we silly?” we would see in each other’s faces and then try not to run as we made our way out of the cells.

I’ll confess here that the scary movie that has had the most profound effect on me is The Sixth Sense. The story of a boy who can see dead people haunted me for years. My boys were mere babes at the time and every time one of them screamed unexpectedly in the dark at night, my heart would beat a little faster and I would have to quash the urge to turn on the light.

The Sixth Sense was one of the best movies to play on our fears of the unknown, of the dark, of things we don’t understand. And to play on that thought of “this could really happen”. It wasn’t gory or over the top. The scary scenes were played almost casually. A boy with his head half blown off wanders casually into the child’s lounge room. It was the normality of it that made it all the more frightening.

Doctor Who writer Steven Moffatt is a master of the spine-tingling fear of monsters. The television series has been frightening children for more than 50 years but Moffatt has been responsible for introducing two of the most frightening new monsters the series has ever seen. One is the Weeping Angels (previously written about in this post) and the other is The Silence.

Both of these monsters play on the same fear – that which we know is there but we cannot see. Is there anything more frightening than knowing there is a danger but being unable to see it?

That digs into our deepest childhood fears. The noise of the wind that sounds like a ghost, the dressing gown on the back of the chair that suddenly becomes a crouched man in the dark, the awareness of space under the bed and what might be lurking there.

Pixar tapped right into those deep-seated fears with their movie Monsters Inc. But I can’t help wondering how many children were actually helped by the personification of the monsters that haunt their bedrooms into everyday people who go about their job of scaring small children and who are just as afraid of them.

Scary books are easier to handle. We can stop reading at any time, go and do something else, take the scary bits in small doses. But books are also, therefore, great ones for granting that delicious scare that we love. From Grimm’s Fairy Tales to Stephen King, the opportunity to make our hands go clammy, our hearts beat faster is there for the taking whenever we want it in whatever dose we think we can take.

I rather love to be scared but only in that tingly, caught-breath, delicious way.

Do you like to be scared? What scares you? 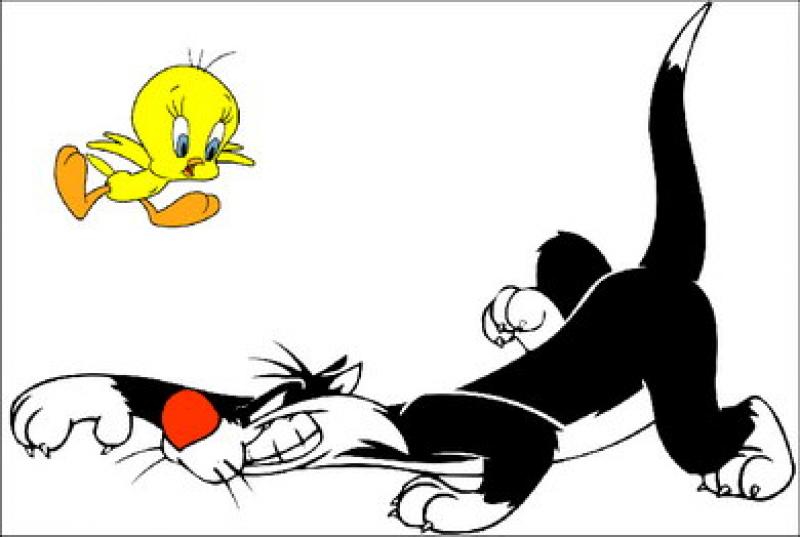 When I was about two years old, we had a budgerigar that was so tame we could let it out of its cage to fly around the house. We also owned a cat. Yeah, yeah, I know what you’re thinking, but the budgie was smart enough to stay near the ceiling and the cat was happy enough to leave it alone. That is, until the day the cat decided to try out for the role of Supercat and took a most uncatlike flying leap, catching the bird in its mouth. I was hysterical.

I only learned about that little piece of family history recently. I just thought I had an irrational fear of birds or, more specifically, cats with birds. And dead birds. I’ve been known to call my husband at work to come home and dispose of the latest gift from our cat. Once he was away and I had to go next door and ask if the neighbour would come and get rid of a bird in my house. Now, of course, my boys are old enough to deal with them for me. Except the youngest. He was trying to help shoo the cat away from a bird it had brought into the house and he accidentally stepped on the bird. He’s now as freaked out by cats with birds as I am. Who knew childhood fears could be hereditary? 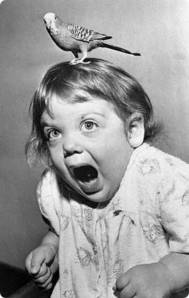 I was out walking with friends in the bush and was in the lead. All of a sudden, to my friends’ immense amusement, I did a funny little hoppy dance down the path. “What were you doing?!” one of them asked. To my shame, I had to confess that I had come across a spread of bird feathers on the path. The hoppy dance was because I couldn’t see where the potential carcass was. Yep, I can’t even cope with feathers on the ground. If I come home and see feathers on the floor, I head straight back out the door and hang out in the garden until someone has scanned the whole house for a body.

The boys once asked me what I would do if I didn’t have them to deal with the birds. My answer was, “I wouldn’t own a cat.” In those circumstances, I’d rather own a pet spider.

It has been well documented that the effects of childhood trauma can have an impact on the psychological wellbeing of an adult and in cases of extreme trauma such as abuse or the death of a loved one, it is understandable. But it is clear, from my experience at least, that even the smallest event can have lifelong consequences.

There was a boys’ school near my childhood home and I was regularly bullied by boys from that school whenever I walked home from my own school. To this day, if I see a boy in that school uniform, I get nervous.

All of us are a sum of our experiences – good and bad – whether we consciously remember them or not. The trick is to accept that it is a part of you, it is who you are and to travel your journey as best you can with all your emotional and psychological baggage – whether it’s a steamer trunk or a cabin bag.

Just so long as I don’t have to visit the bird park. 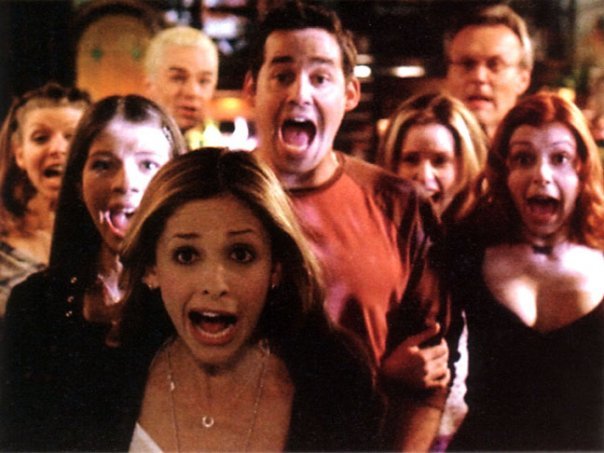 I’m an introvert. I believe I’ve mentioned that before.  Lots of people I know think I’m an extrovert. Some of the reasons for that is explored in my previous post about being an introvert. (See The Girl Who Wore Hats – From Introvert to Extrovert) But it’s also because I have developed a habit of signing up for things that are not the natural domain of the introvert, often against my inner cravings to just shut myself in the house and watch Buffy The Vampire Slayer DVDs all day.

Recently, however, I think this habit may have gotten out of hand. I have found myself committed to several activities that have me positively running scared. It’s a given that so many minutes of the day find me repeating the phrase “WHAT WAS I THINKING???”

“So, don’t do it, then,” I hear you say. Well, yes, that could be an option if it were not for the fact that I am fastidious in following through on commitments. If I say I will do a thing, I will do it, come hell, high water or cold feet.

Admittedly, these activities are all things I want to do. In my head. The rest of my body is not so sure. They require a certain level of courage for an introvert to participate – courage I can, on occasion, summon or, when that fails, fake it until it happens. Just not when there are several events requiring that level of bravado at around the same time. There’s just not enough courage – fake, dutch or otherwise – to go around.

Sometimes the scariest person in my life is me.

Of course, the point about doing the things that scare you is that when you succeed, you feel FANTASTIC! That is the thought I hold on to. It will be great…. when it is over.

So I will squash down the fear, put on my various hats as they are required, and leap off that scary edge.

And maybe go and watch some Buffy.