Have you ever had rock candy? Hey, I’m talking about lollies not some euphemism for crack cocaine. This is a family-friendly blog. You know, that hard sweetie they roll into long tubes of sugary, colourful fun and then slice up like some sweet tooth’s version of kabana. 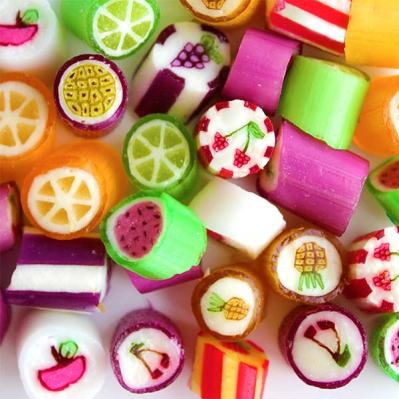 I remember standing at the window of more than one confectionary establishment watching the candy man or candy woman rolling out the soft and pliable candy dough and wondering what the end product would look like – would it be a rainbow of colours, an interior designer’s dream of colour scheming or, if they were really clever, would there be a word or picture through that sugar rope?

I wonder what you would look like as a piece of rock candy? What runs through the middle of you? (That’s not a literal question. I don’t need to see what a dissection of a human body would look like, thank you very much.)

I’m sure you’ve heard the phrase that someone may have a “streak of madness”. What’s your streak? Maybe you have more than one. Maybe you’d be a rainbow of streakiness if you turned into rock candy.

I’ve spoken before about my inherent streak of stubbornness. It’s what got me through training for and completing my first marathon. Despite the voices telling me I’d never make it, that stubborn streak just wouldn’t let me give up. That streak took over again recently when I put myself through a process I’d sworn I’d never do again because my first experience had crushed my self-confidence. But when the opportunity arose, that stubborn part of me just wouldn’t let it beat me and I felt compelled to give it another shot. That stubborn streak is so hard, I reckon it would rival an Everlasting Gobstopper.

You mean one of these?

However, if you sliced me up, it wouldn’t just be the word “stubborn” through the middle. I can be pretty streaky.

There’s the Freak Streak for starters. The one that makes middle-aged me go out in public in fluoro orange sneakers and a hoodie saying “I am a Whovian Mum. Just like a normal mum except much cooler.” The one that dresses up in a nerd costume for a trivia night even though it’s not a dress up event.

Then there’s definitely a stereotypical streak of madness. What else would make me take on a marathon at age 50? Or decide I could put together my own she-shed with no building skills whatsoever?

There’s a wobbly and uneven streak we’ll call a combination of over-thinking and lack of self-confidence. Sometimes it’s a thick streak and sometimes you can hardly see it.

A crafty/arty streak definitely flows through me. It’s not a particularly refined one and is probably a bit lumpy with undissolved sugar but it goes through my core. 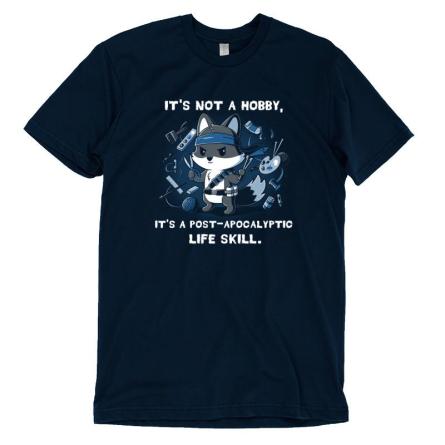 I want this shirt. (© Teeturtle.com)

I’m not sure the MOSY Rock Candy would be a bestseller and it certainly wouldn’t appear in any of your exclusive confectionery establishments. It’s more likely to be in the clearance bin in amongst the other imperfect packages. But it’s definitely a limited edition.

Postscript: The day after I wrote the first draft of this post, the most famous rock candy manufacturer in Australia, Castlemaine Rock, announced they were closing their doors. Tapping into the zeitgeist…

35 thoughts on “Streaking Out”