Have you ever seen something on the Internet and thought “Oh, I’m going to try that!”?

I expect it would be something of an occupational hazard for a blogger as he/she flits about other blogs and sees places to travel, food to cook, crafts to make, crazy ideas to try. Even a case of “Oh, I like the way you did that, I’m going to use that in my next post.” would keep one busy.

One of the things that flitted across my screen on a regular basis from more than one blogger last year was sourdough.

It always looked delicious and I kept thinking, “Oh, I want to bake sourdough.” But even a tentative investigation revealed a time commitment for such an activity that was daunting to someone cramming in a year full of stuff.

Then, suddenly, it was the summer holidays, there wasn’t much I could do with slowly recovering broken ribs and there was a post from Elaine at foodbod about her year of sourdough.

So I set off to make a sourdough starter. Because I will never do things the easy way and just go and buy one.

I used this recipe but without the malt. And I just used tap water not spring water. And I didn’t measure the temperature of the water.

You can already see where this is going, right?

My first loaf attempt looked like a cow pat. Fortunately, having three teenage boys, it still got eaten.

My second loaf attempt looked like an elephant pat. It also got eaten. But it wasn’t ideal.

Elaine was disappointed it had not worked out but urged me not to give up.

So I didn’t. It’s not really in my nature to easily let something defeat me anyway. Giving up because I’m bored, yes, but that’s on my terms.

For the next attempt, out of some desperation, I cheated and added a little dried yeast. It gave me a bigger loaf but it wasn’t really sourdough. Pedant Me was unhappy.

With further encouragement and advice from Elaine, I pushed on.

And I started to notice a change in my starter. There were more bubbles.

And then one day, my dough finally rose properly. Unfortunately, I had a busy social day and what I thought was going to be a 25C day turned into a 32C day and it over-proved. The loaf didn’t pop up the top like it should but at least it was the size of a sandwich loaf.

I was getting closer. And by accident, I discovered that leaving my starter out of the fridge and feeding it for two days rather than one gave me what I needed. 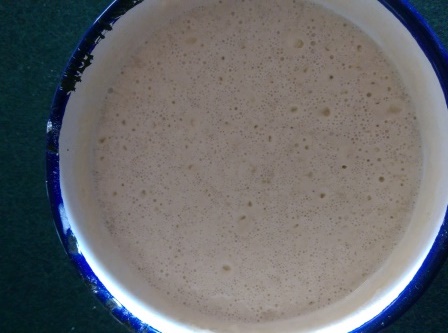 Not just bubbly but frothy!

The next loaf was better but smaller than I intended because I got impatient and cooked it before it had risen enough.

And then, here’s what I managed yesterday:

Evolution of a Sourdough Fruit Loaf 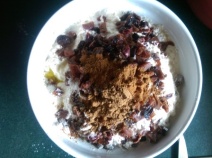 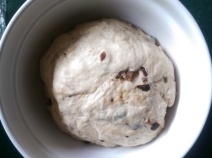 The dough ready to prove

I had a piece toasted this morning for breakfast. It was delicious.

Now I’m completely obsessed with making sourdough. (I don’t think I’ll ever go on a No Carbs diet…)

So, thank you, Elaine, for encouraging me not to give up and for all your assistance. I’m sure the boys are equally grateful!

Our greatest glory is not in never failing, but in rising up every time we fail.
~ Ralph Waldo Emerson

And I can make sourdough.

60 thoughts on “Sticking To The Sourdough”