I got Freshly Pressed recently. They give you a logo to put on your blog to show the world that you are one of the special ones. A magic blue sticker to plaster on your wall. (Not that many would see it these days by the time people use the Reader, the app or the email to read your post and never even make it to your actual blogsite. WordPress might want to think about that.)

When you start blogging, getting Freshly Pressed is the Holy Grail. (BYO coconut shells.)

You see it as a) the way to grow your readership and b) an affirmation of the quality of your blog.

For some, that affirmation comes early. For most of us, however, it might as well be an Oscar for how achievable it seems.

So when I got the email to tell me my Voluntourism post had been Freshly Pressed, my first reaction was to burst out laughing.

My second reaction was to feel nervous. I felt as if I’d been invited to eat at the Dean’s Scholars’ private dining table when all I really wanted to do was sit at the corner table in the cafeteria with my dorky mates. (Hi Joanne and Maggie!) 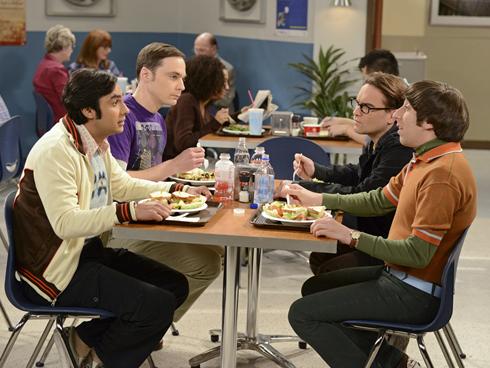 I’ve often described blogging as being like a dinner party with lots of conversation and different views expressed. I love it. Getting Freshly Pressed means your dinner party gets gatecrashed. Most of them just stay long enough to drink your booze and then disappear. Presumably to move onto the next Magic Blue Sticker party.

You get a lot of new followers. Some days, as the notifications flowed in, I’d take on the persona of a paranoid and start shouting “STOP FOLLOWING ME!”

Strange people follow you. “I’m really not interested in buying real estate in India!” I called out but the blogger had already ducked down a side street in pursuit of someone else.

But lots of lovely people took the time to stop for a chat. They shared their own volunteering stories or told me they hoped to volunteer one day and my post had been helpful to them and some offered critical responses. (I’ll take criticism as long as it’s constructive.) Some flew past with a “I like this post!” but I wasn’t having any of that. I’d grab their arm and ask “What do you like about it?” Usually they’d just remove their arm and wander off without answering.

Most normal people would probably let that go and just hit Like or even just ignore it.

I never said I was normal.

Sometimes you just have to have a little fun to keep your sanity intact. (Or, in my case, to keep my normal insanity intact.)

A couple of people asked me for advice on how to grow their readership like I was some sort of blogging guru. I had to gently point out that I’d been at this caper for two years before getting Freshly Pressed (almost to the day as it happens). But because I am an inherently helpful person, I also gave them my tips for blogging. They’re kind of like the ones authors give to aspiring writers. You know, the ones they don’t want to hear because it involves work.

Tips for Growing Your Readership:

You have to read other blogs. Not just any blogs. Read posts by bloggers who write about the same things you’re interested in. Otherwise, it’s a relationship destined to fail because you don’t have enough in common.

Keep writing even if some days it feels like you’re shouting over the traffic.

One person responded with thanks for the advice. The other I never heard from again.

It would be nice to think that this flurry of Likes and new followers will lead to bigger and rowdier dinner parties here at the MOSY abode but I doubt it.

And you know what? I don’t care.

For starters, I got some very important information out into a wider field than I could have managed on my own and for that I am grateful to the WordPress editors for choosing this post for Freshly Pressed.

The advantage of being Freshly Pressed so late in a blogging career is that you’ve already established your own circle of blogging friends who come to your dinner parties and always bring a bottle of wine or a box of chocolates. Comment exchanges become more interesting to read than the post because we’re all friends here and it’s safe to make a joke, poke fun or confess a guilty secret.

I’ll gladly welcome anyone else who wants to sit down with us in the future but come prepared with your rapid-fire witty rejoinders because that’s what it’s like around here.