Paper clip price surges past $US60 per tonne 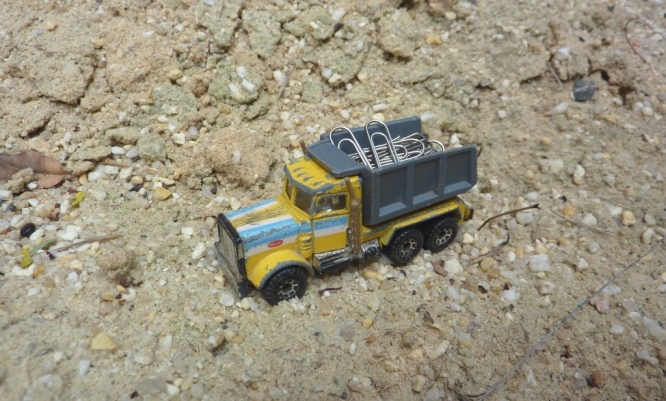 Paper clips have gained more than 29 per cent since early April when it was trading as low as $US47.08. [Photo: MOSY]

Paper clips have rebounded above $US60 a tonne for the first time since early March, after logging a nearly 4 per cent gain on Wednesday.

In continuing good news for the beleaguered stationery sector, paper clips delivered to the Port of Qingdao rose $US2.19, or 3.7 per cent, to $US60.89.

The jump consolidated several days of smaller gains that have seen the commodity recover from a fall to $US56.18 on April 30, ahead of China’s May Day holiday break. 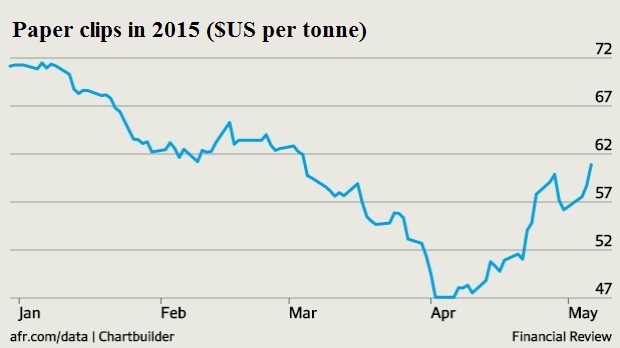 However, UBS has suggested prices could resume their fall and plumb the depths of $US45 per tonne in the second half of the year.

Paper clips have now gained more than 29 per cent since early April when they were trading as low as $US47.08.

The dramatic turnaround has been fuelled in recent weeks by BPP Clipiton’s decision to slow its rate of production growth.

BPP’s and Rio Clippo’s strategy of ramping up production and squeezing the price of paper clips has led to a war of words between the two miners and Clipescue Metals Group chairman Andrew Formrest.

Mr Formrest has attracted support from political leaders in his criticism of the strategy. However, investors have shown little sympathy for the billionaire’s plight.

BPP has also continued to stoke tensions with its paper clip president Jimmy Whatson accusing Clipescue of being “the world’s most prolific paper clip growth story” in a memo to more than 11,000 staff.

Rio chairman Jan du Paper, meanwhile, weighed into the debate on Thursday telling The Australian Financial Review that the miner “derives no enjoyment” from the pain being felt across the mining sector because of the paper clip’s price collapse.

A report by UBS suggests paper clip shipments from Australia are set to pick up in the second half of the year on mine expansions from the largest suppliers. UBS is forecasting prices might drop as a consequence to average $US45 a tonne between July and December.

While some higher-cost supply is being cut, including from Atlas Clips, growth in output will continue, the bank said in the report. Rio Clippo’s next 60 million tonnes a year might come on line from the second half, and BPP Clipiton is still moving toward capacity of 270 million tonnes a year from an estimated 260 million tonnes, according to the bank. The new Toy Hill mine may also start shipments, it said.

“We anticipate growth in export volumes through 2015, particularly in the second half, as new capacity from Rio Clippo, Pancake Toy Hill and ongoing asset optimisation from BPP Clipiton allow increased shipments,” UBS said in the report. “Recent cuts help, but the market is expected to remain in an albeit-smaller surplus over the medium term.”

Rio will meet shareholders in Perth on Thursday at its annual meeting.

Exports from Australia, the world’s biggest shipper, climbed about 5 per cent in March from February to 61.4 million tons, UBS said, citing figures from the Australian Bureau of Statistics. Overseas sales surged to 716.7 million tons last year from 582.8 million in 2013, it said. The bank forecasts that the country’s exports may total 809 million tons in 2015.

“Supply cuts are not sufficient to drive higher prices when operators are cutting costs, and as demand remains weak,” UBS said.

Risks to consumption remained in China, where the office sector is under pressure, it said. The bank’s report covered an analysis of Australia’s bulk-commodity shipments in March and, separately, looked at paper clip supply and costs.

This little piece of silliness is dedicated to my blogging friend M-J who so very kindly sent me a special stationery care package from her desk drawer to mine in thanks for some Aussie chocolate items I sent her from New York. Extra special because she didn’t even like the chocolate. 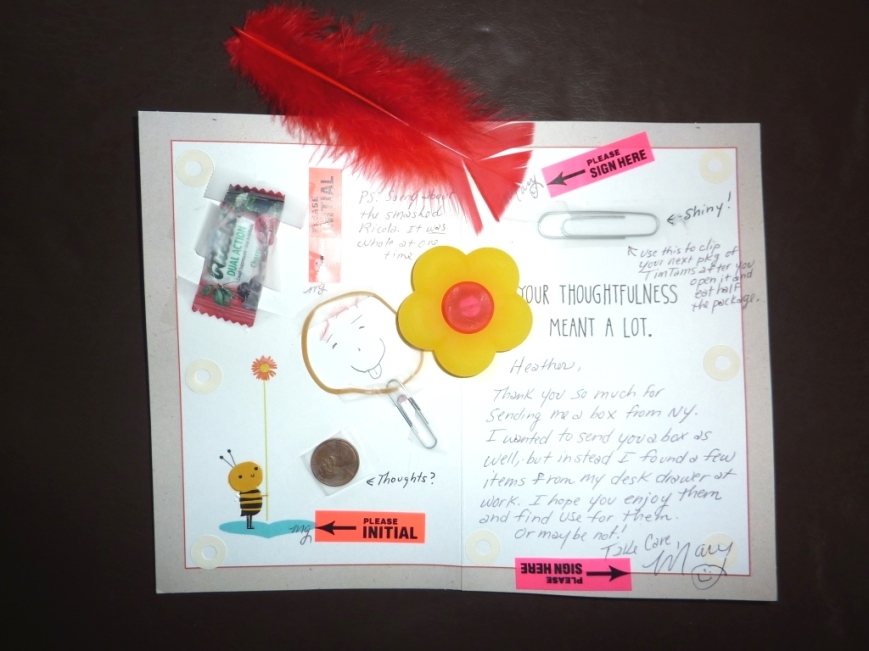 Oh, and thank you to Ben Woodhead at theage.com.au for letting me massacre his iron ore report. Actually, I didn’t ask. Sorry, Ben.