Sally Albright: Well, I guess we’re not going to be friends then.

Harry Burns: I guess not.

Sally Albright: That’s too bad. You were the only person I knew in New York.

One of my all-time favourite movies is When Harry Met Sally starring Billy Crystal and Meg Ryan. At the height my passion, I could quote whole tracts of dialogue and to this day I can’t see pecan pie on a menu without descending into a silly voice – “But I would be proud to partake of your pecan pie. Peeecaan piiiieeeee.”

(Interestingly, in doing some research for this post, I discovered that the silly voice scene was improvised by Billy Crystal and he dragged Meg Ryan along (you can see her look over at director Rob Reiner in confusion at one point).)

So on a recent jaunt to New York City, how could I not be excited to find myself in places where Harry and Sally once stood?

It’s not that I went on a When Harry Met Sally scene hunt. (Although, I have been known to do that. Harry Potter in Oxford, Doctor Who in Cardiff, James Bond in Monte Carlo…) Most times we just stumbled across it or were there for other reasons and the movie connection was just a bonus.

Of course, no visit to New York is complete without a visit to Katz’s Delicatessen. 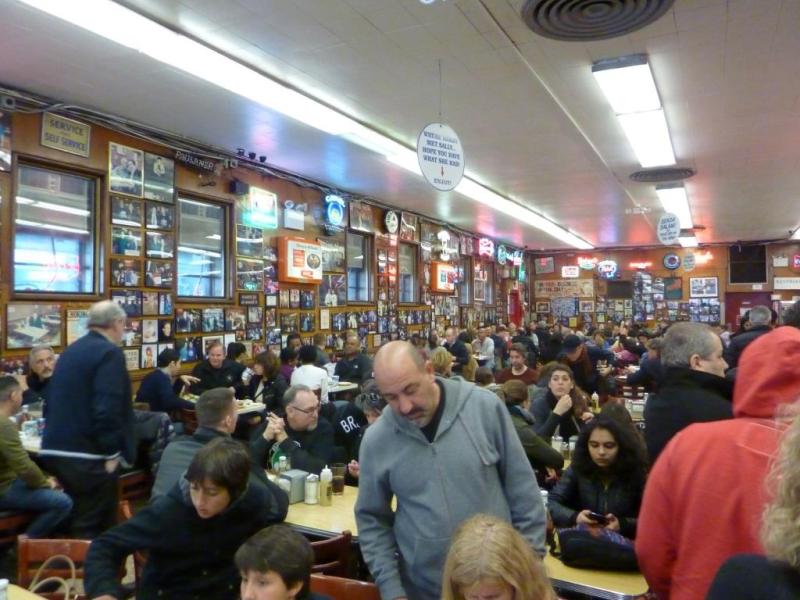 I told myself I was there for the pastrami but really, why go to New York and not visit the site of that infamous orgasm scene?

Eating at a diner one night, I ordered apple pie for dessert (of course). 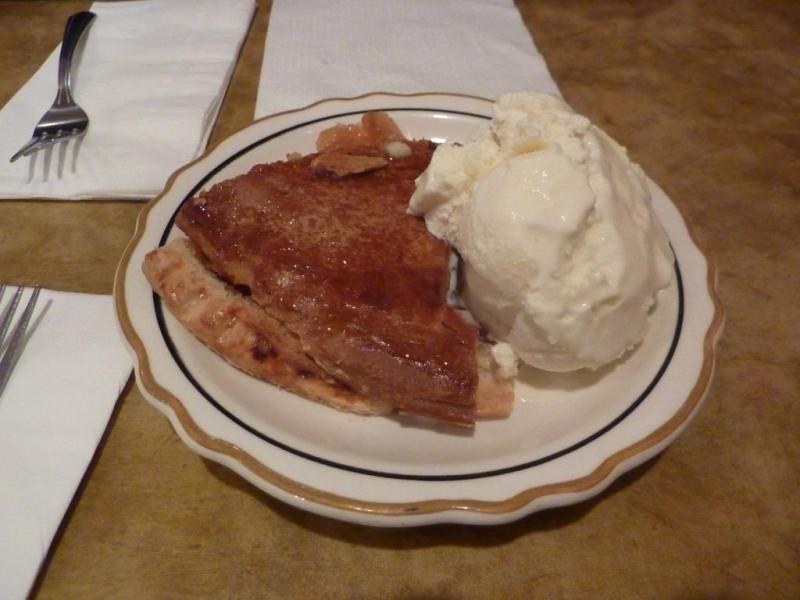 When the waiter confirmed, “Pie a la mode?” it took all my willpower not to launch into a complicated pie request for heated/not heated, vanilla/strawberry icecream, real/canned cream.

We had very limited time on our visit to the Metropolitan Museum of Art (I know, I know, we managed our timing badly. So sue me) so we picked out the ‘must see’ items in our guidebook. One of these was the Temple of Dendur. 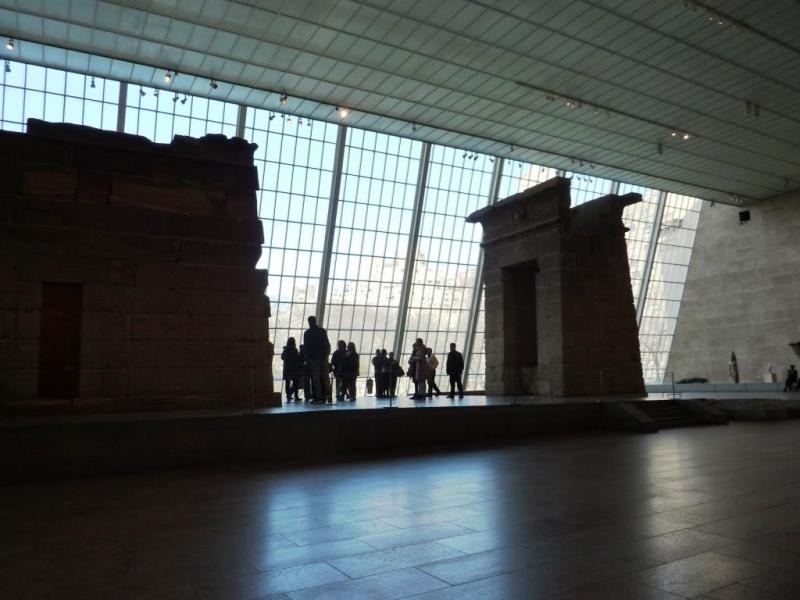 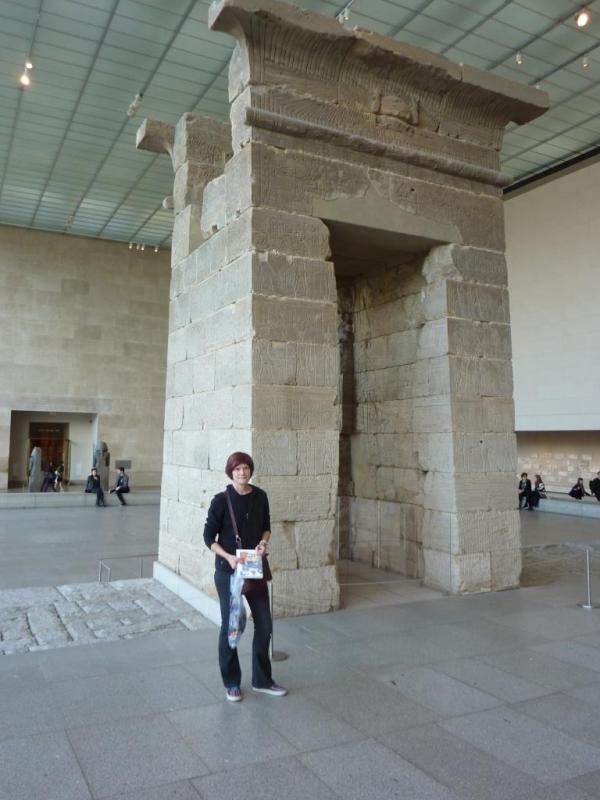 It was only when we walked into the space that I realised it was where my favourite pecan pie scene was filmed. I also love Harry’s view on hieroglyphics.

I only purposely hunted down one site from the movie. I had assumed the archway where Sally drops off Harry in New York was at Central Park.

Running around the park twice a few days after we arrived, I could not see it anywhere. But on a visit to the top of the Empire State Building, there on the mounted guides of what we were looking at was the arch. It’s at Washington Square Park. So off we trekked and found it. 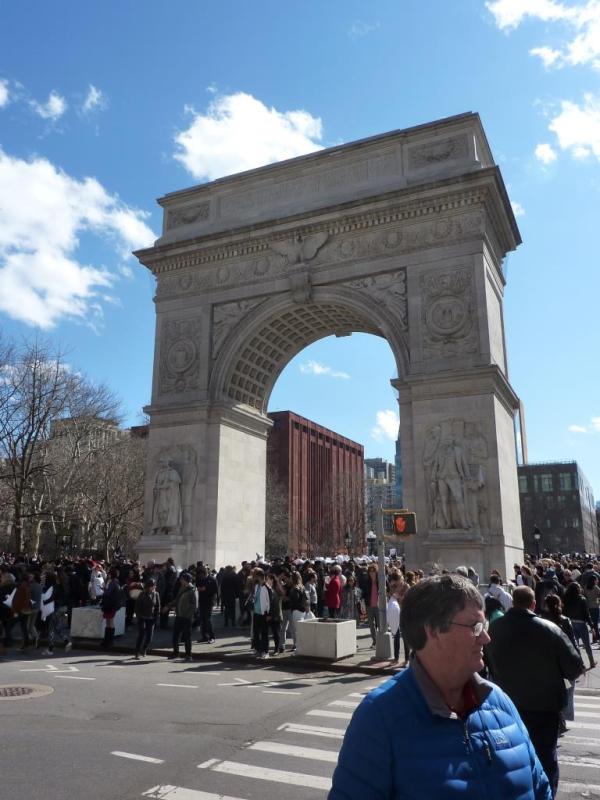 We found it full of people with pillows. We’d stumbled across International Pillow Fight Day. Well, that was just a bonus, really.

While I didn’t find the arch in Central Park, we did pass the Loeb Boathouse restaurant and Bethesda Terrace on our rambling travels one day which also feature in the film. 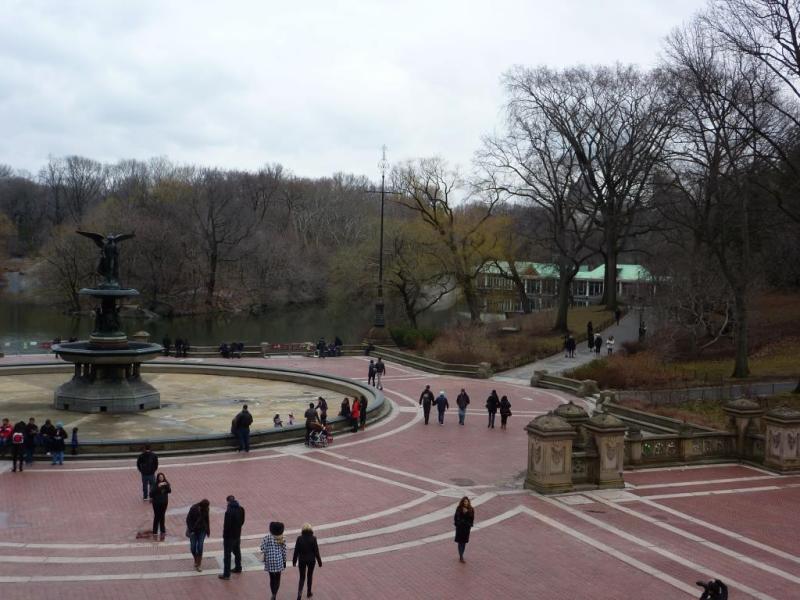 I’m sure, had I thought to watch the movie before we left, I could have gone to more locations both intentionally and accidentally but in the end, I loved the spontaneous and serendipitous nature of it.

Hm. Speaking of Serendipity, this place was familiar.

41 thoughts on “When MOSY Met Harry And Sally”