The phone did not ring, calling me into work and the sun was shining. What better time to go for a run? And who wouldn’t want to run here…? 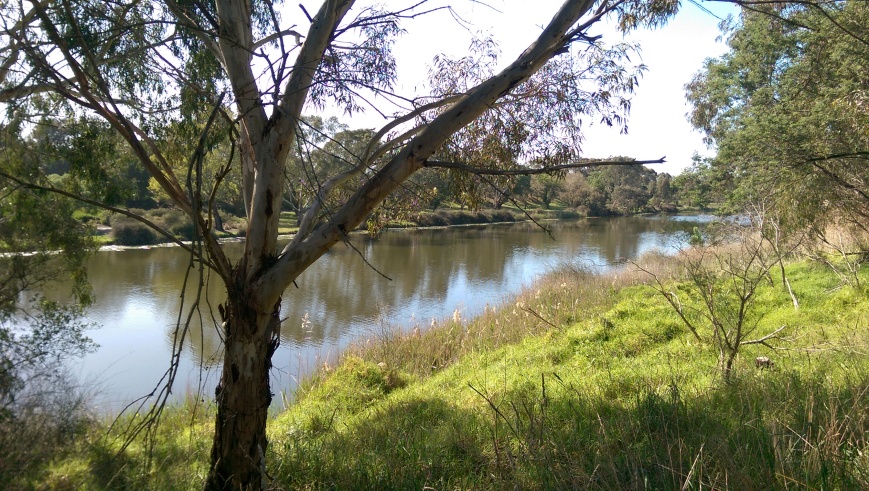 Inspired by my friend Joanne who successfully completed a half-marathon on Sunday, I decided to have a crack at a 10km run today.

When I run, I don’t usually listen to anything other than the voices in my head (solving problems, coming up with blog post ideas or working on stuck song lyrics) and the sounds of nature (and bicycle bells from passing cyclists, if I’m lucky). But this morning, thanks to my friend M-R who had kindly planted a song in my brain via her morning post, some intervention was required. (By the way, as this is the third earworm she has given me, does anyone know if there are worming tablets for those?)

Musician Me knew that a good solid beat and melody were necessary and she picked a good kick off with All Is Love by Karen-O and The Kids from the soundtrack of Where The Wild Things Are.

Of course, as Writer Me knows, melody is only half of it and good words are important. (Sometimes Musician Me and Writer Me argue the point but they seemed to find some reasonable compromises today.)

Somewhere back there I left my worries all behind.
My problems fell out of the back of my mind.
We’re going and I’m never knowing (never knowing) where we’re going.
To go back to where I was would just be wrong.
I’m pressing on.

Move up, move on
You blink I’m gone
We only have one life to live
I’ll live it now
You have your doubts
I’ll prove them wrong
This is the only thing I know
So here I go 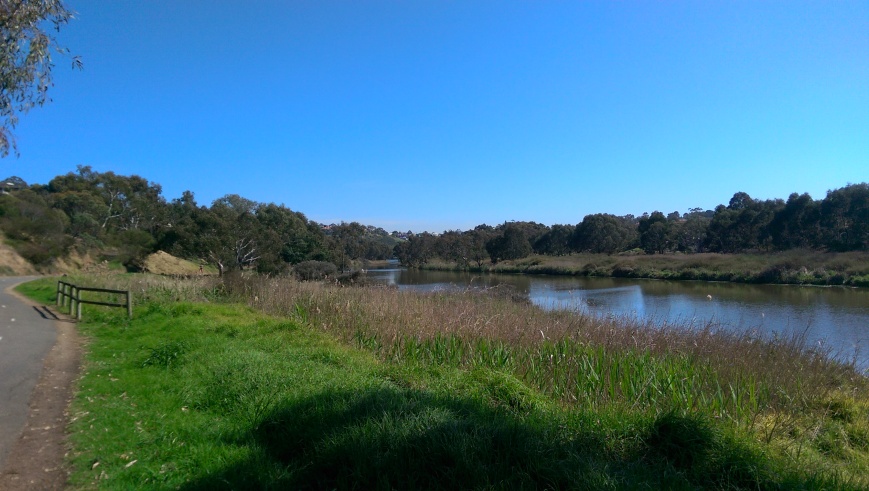 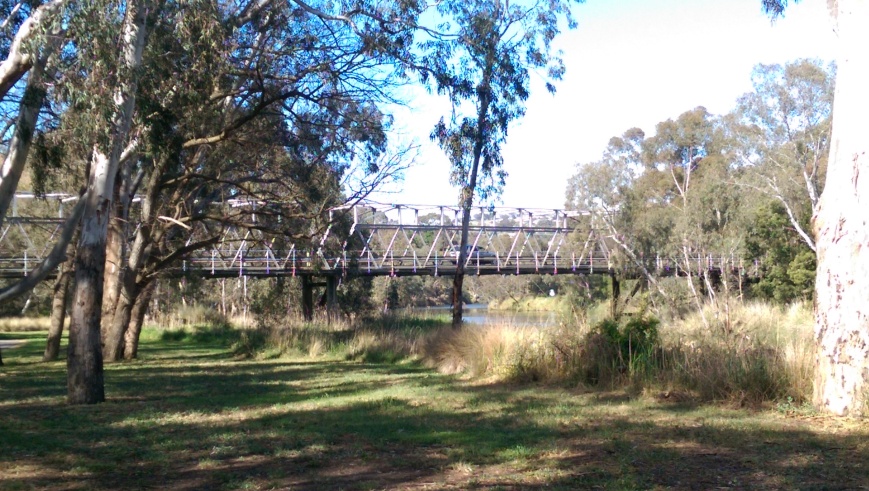 Our single lane bridge – a daily exercise in courtesy.

And I did it – completed a 10km run. Admittedly, I stopped a few times to take photos, but the point is that I ran the whole 10 kilometres. I won’t be running a half-marathon any time soon but it’s probably reasonable to leave it on the bucket list.

And I may just be a convert to ‘running with earbuds’.