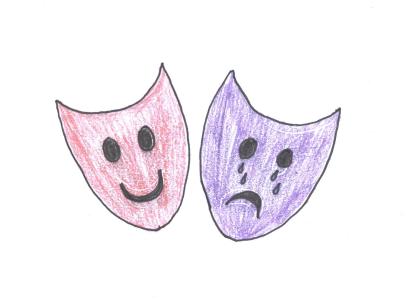 My friend who died last week was a stalwart of the local theatre scene. As an actor, writer, director, singer, mentor and founder – along with his wife – of his own theatre company, any person involved in local theatre would have been touched by his life in some way.

I’m currently rehearsing for a play with his theatre company which is due to open in less than three weeks. A number of friends, when they heard the news of his death, assumed that the play would have to be cancelled. Admittedly they were non-theatre friends. When I explained that of course the play would go on, they looked at me askance. My response? “Theatre people.”

“The show must go on” may seem like a trite cliché to outsiders but to theatre people, it is what they live by. We could no more stop the play from going ahead than stop the rest of the world from going on its merry way. Anyone who has experienced grief knows, to quote another seeming cliché, that “life will go on” even if at times that seems impossible.

“The show must go on” is just the theatre world’s version of “life will go on”.

The play is one by Agatha Christie. It’s the third Agatha Christie play I’ve been involved in, the two previous productions having been directed by my friend. What more fitting way to honour his memory than to do what he loved?

Besides, I’m pretty sure he would be sending thunderbolts down on us all if we dared to cancel. “What are you thinking?” he would say. “The show must go on!”

7 thoughts on “Why The Show Must Go On”